Rift in NATO Solidarity: No German Tanks for Lithuania’s Defense against Russia 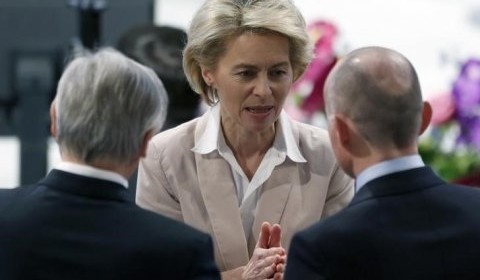 The German government has reportedly rejected a request from Lithuania – its NATO ally and EU partner – for the so-called Boxer tanks, whereby Berlin’s decision has been criticized by both sides of the German governing coalition. German Defense Ministry spokesman stated that “A delivery of armored transport vehicles from the German army or the resale of vehicles that are to be procured in the next few years is not in our plans,” sending shockwaves through the tiny Baltic state and Russia’s neighbor. Lithuania’s request came amid mounting security concerns fuelled by what many are convinced is Russia’s direct role in sustaining the bloody conflict in eastern Ukraine. Moscow has been accused by both NATO and several EU Member States of fomenting a pro-Russian insurgency and supplying weapons, equipment and even troops to support pro-Russian separatists, a claim that Moscow has steadfastly denied.

Meanwhile, heightening the fears over the security threat posed by Moscow were the latter’s increasingly frequent snap military drills carried out near its eastern European neighbors. Some experts suggest that these military drills could be part of a strategy that will open the door for a Russian offensive on the Baltic states. For example, Martin Hurt, defense expert and deputy director at Estonia’s International Centre for Defense and Security, says that “the Russian authorities [possibly] want to raise the readiness of their forces and also make European nations more relaxed to a new norm where the Russian Armed Force often conduct snap exercises.”

Hurt also argues that the seemingly business-as-usual kind of attitude to the increased Russian military activity is “extremely dangerous” for the European democratic governments and particularly for Lithuania, Estonia, and Latvia. The ministries of defense in the three Baltic states confirmed reports of increased Russia’s snap military drills, while the Lithuanian government said they had also seen other pro-Russian efforts, including increased propaganda activities, intensify within the country. The “real deterrence [for Russia] comes from the fact that all three nations belong to NATO,” said Hurt and added that despite the recently reinforced facilities in the Baltics and other eastern Europe, “additional forces” are urgently needed to repel any potential security threats, in tacit reference to Russia.