All posts tagged in: al-Qaida

The Sahel, a region south of the Sahara desert stretching from the Atlantic coast to Sudan, is experiencing its worst escalation in violence in ten .. 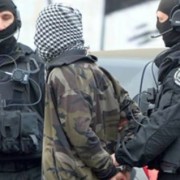 A French citizen of Algerian origin was arrested by Moroccan police near Tangiers on suspicion of recruiting men to travel to Syria and Iraq to fight ..