All posts tagged in: arms embargo 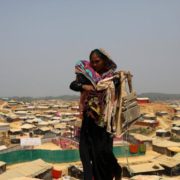 The European Union has extended the scope of the punitive measures against Myanmar/Burma by broadening the current arms embargo and strengthening the ..

Restoring Russia’s Influence in the Arab World: What is Moscow’s Endgame?

The old power structure in the Middle East is being replaced by a new political make-up in which Russia is playing an increasingly dominant role. ..