All posts tagged in: Bosnia and Herzegovina 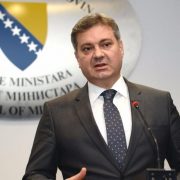 EU or Russia: Bosnia Warns of a “Wrong Direction“ for the Balkans

Bosnia and Herzegovina has emphasized that the country’s future lies in the European Union despite the problems with corruption, nationalism ..