All posts tagged in: Bratislava summit 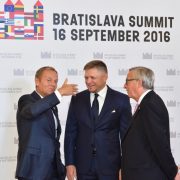 The leaders of 27 EU member countries, leaving out the United Kingdom, met in Bratislava last Friday (16 September), to set a new course for the .. 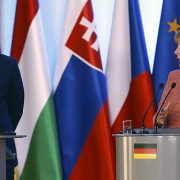 The Post-Brexit Hunt for an EU Army: Visegrad Pushes for Joint European Defense

Visegrad EU Member States have called for a joint EU army as their leaders met with German Chancellor Angela Merkel in Warsaw prior to the Bratislava ..