All posts tagged in: Brexit Talks 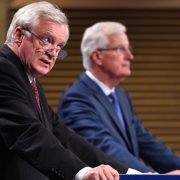 Progress in Brexit Talks: Transition Period Until March 2019 Still on the Table

European diplomats have started drafting a Brexit transition offer that would probably allow the UK to remain in the single market for about two .. 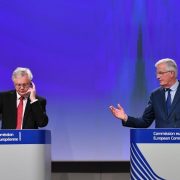 Deadlocked Brexit Talks: Not Much Progress on “Money”

The European Union leaders could help Theresa May to unlock the stalled Brexit negotiations by launching their own internal preparations for a ..