All posts tagged in: Christian Democrats 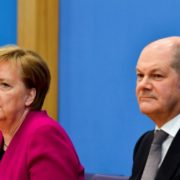 The German election ended as the polls had predicted: Olaf Scholz and his Social Democrats (SPD) came out strongest, and will try to form a .. 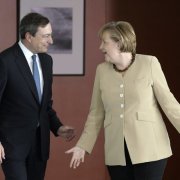 Michael Fuchs, a senior member of Angela Merkel’s Christian Democrats, said that the European Central Bank (ECB) should not pursue its quantitative ..