All posts tagged in: EULEX

The war in Ukraine has underscored the heft as well as the limits of the EU. Putin decided to invade a neighboring country in order to prevent it .. 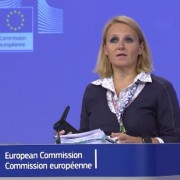 EU to Strengthen Ties with Kosovo: A Stabilization Deal Pending

The European Union is readying to strengthen its relations with Kosovo by signing the Stabilization and Association Agreement (SAA) that could ..