All posts tagged in: Jihadism

The French government has called for a general detection of “early signs” of radicalization. But, what does it mean exactly and how the listing .. 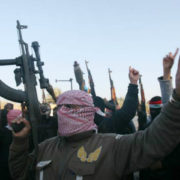 Tighter relations to the West are going to help fight jihadism, extremism and Islamic radicalization in the Western Balkans against the backdrop of ..