All posts tagged in: Johann Schneider-Ammann 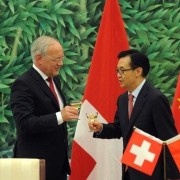 Switzerland One-Ups the EU Signing an FTA with China

Switzerland has signed a free trade agreement with the world’s second largest economy – China – which it managed to do before the European .. 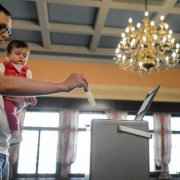 Swiss voters on Sunday overwhelmingly rejected an initiative that would have introduced the highest minimum wage of 22 Swiss Francs (about US$ 25) an ..