All posts tagged in: Mohamed Bazoum 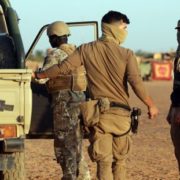 The European Union is aiming to launch three new military missions in West Africa after Russia has pushed Europe out of Mali and the Central African ..

President Emmanuel Macron will seek to reassure Sahel leaders of his commitment to Africa’s anti-terror fight today (9 July), at their first talks ..