All posts tagged in: Paris Climate Accord 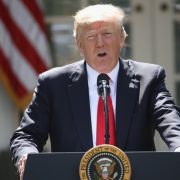 Trump Quits Paris Accord: EU-China Team Up to Boost Fight Against Climate Change

US President Donald Trump announced yesterday (1 June) that the United States would withdraw from the Paris climate accord. Speaking from the White .. 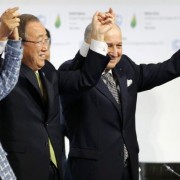 The European Union has played an important role in negotiating Saturday’s historic agreement in Paris where almost 200 countries finalized a new ..