All posts tagged in: Peace Deal 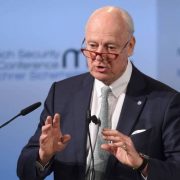 UN Special Envoy for Syria Staffan de Mistura said that Russia needs to convince the Syrian government, its ally, to come up with a peace deal to put .. 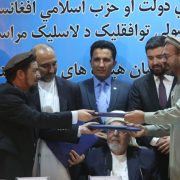 The European Union is going to support the US-backed Afghan peace deal with the Islamist political and militant group, Hezb-e-Islami. The bloc is ..