All posts tagged in: PEGIDA 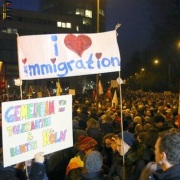 Thousands of protesters rallied across four big German cities – Berlin, Cologne, Stuttgart and Dresden – on Monday to denounce a recent series of .. 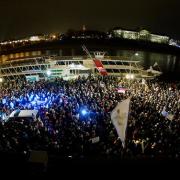 Rising Profile of Patriotic Europeans against the Islamization of the West

German and other European governments should better carefully watch a new and fast-growing grassroots movement that attracts an increasing number of ..