All posts tagged in: Protests 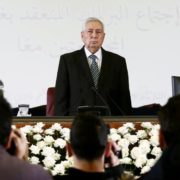 Algeria in Transition: EU Concerned by Rising Instability in Maghreb

Algeria is witnessing protests of hundreds of thousand people who have made it to the streets to demand the departure of the country’s ruling elite .. 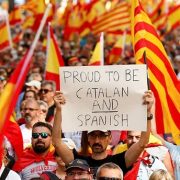 Hundreds of thousands of Spaniards gathered yesterday in Barcelona, the capital of Spain’s region, to protest Catalonia’s independence ..