All posts tagged in: refugees 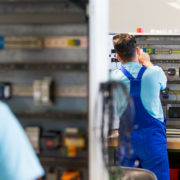 Germany has presented its coveted new immigration law but the initial reviews have been mixed. A draft law had been long demanded and previously .. 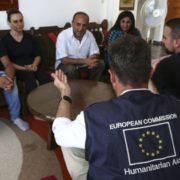 In Support of Refugees in Greece: Shelter and Cash Allowances Prioritized

The European Union is to provide additional 180 million EUR to support refugees in Greece, including support for the flagship ‘Emergency .. 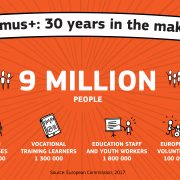 30 Years of Erasmus: Mobility Scheme Hailed as a ‘Pinnacle of Unity’ in Europe

The European Union has ended its celebrations of the 30th anniversary of the Erasmus+ program by publishing a report of its achievements during last .. 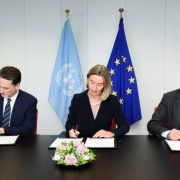 The European Union and the United Nations Relief and Works Agency for Palestine Refugees in the Near East (UNRWA) yesterday (7 June) signed a Joint .. 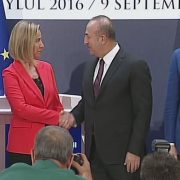 Trouble on the Tracks: Averting the Turkey-EU ‘Train Wreck’

Asli Aydintasbas (European Council on Foreign Relations) The relations between the European Union and Turkey are at a critical stage. The European ..