All posts tagged in: Riyadh 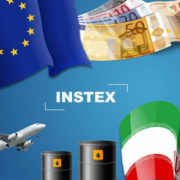 Punching Below Its Weight: A Covid-19 Upgrade of EU Engagement in the Middle East

The Covid-19 pandemic offers the European Union an opportunity to leave the margins of great power politics in the Middle East where it presently ..

Saudi Arabia has been rocked by the almost simultaneous detention of senior members of the royal family and the collapse in oil prices. But this is ..

German Chancellor Angela Merkel is leading the European leaders in putting pressure on Saudi Arabia to tell the truth regarding the death of the .. 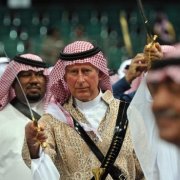 The Prince of Wales, who is currently touring of the Gulf region, has donned the traditional Arab robe and headdress before taking part in sword .. 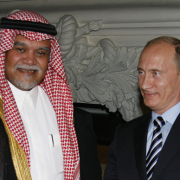 Russia, KSA at Loggerheads, the Collateral Damage of the Syrian Crisis

Relations between Russia and Saudi Arabia are so tense over the Syrian crisis, with the Kremlin staunchly backing the Assad regime and Riyadh ..