All posts tagged in: Sea Watch 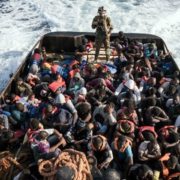 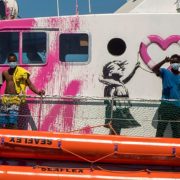 Italian coastguard has evacuated 49 people and taken to the island of Lampedusa but almost 400 others rescued refugees and migrants remained stranded ..