All posts tagged in: Spotify

The European Commission announced at the end of April that it believes Apple has breached competition laws. This was predictable. iOS app developers, .. 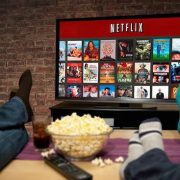 Good News for Netflix Lovers: Streaming Services All Across Europe

The European Commission has reached a compromise regarding streaming services and made a major step towards allowing Europeans to use their ..