All posts tagged in: Stephen Harper 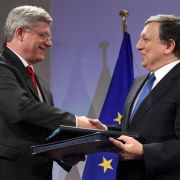 A gigantic free-trade agreement was signed last Friday (October 18) by the European Union and Canada. The deal worth billions of dollars will make .. 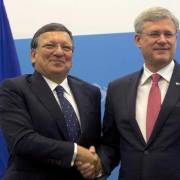 Talks on EU-Canada FTA Wrapped Up: A Template for TTIP?

President of the European Commission, Jose Manuel Barroso, has met Canada’s Prime Minister, Stephen Harper, as both sides are about to finalize a ..