All posts tagged in: Strait of Hormuz 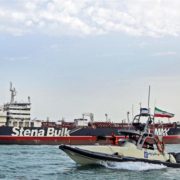 Johnson’s Iran Dilemma: Upping the Pressure with US or De-Escalation with EU

The new government in the UK may miss the opportunity to “recalibrate” tense relations with Iran amid the standoff over seized oil .. 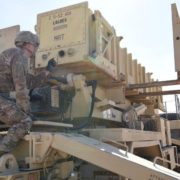 Headed for War with Iran? – US Troops Deployed to Saudi Arabia Amidst Growing Tensions

The United States is deploying its troops to Saudi Arabia amid growing tensions in the region and concerns that Washington is preparing for a war ..