All posts tagged in: SWIFT

Playing the Oil Lever: The EU and US Together Can Strip Moscow of Its Oil Revenues

Russian oil exports into the EU are to a degree ‘locked in’ to the European market. In the first place most of the Russian crude arriving in .. 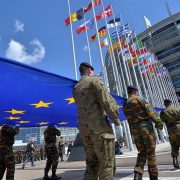 Europe at the Crossroads: Has the Russian-Ukraine War Triggered EU’s Geopolitical Awakening?

The European Union’s response to Russia’s invasion of Ukraine took many observers by surprise. For once, the Union exceeded expectations, and by .. 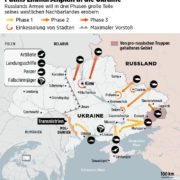 The Ukrainian people deserve EU membership, President Volodymyr Zelenskyy said in a defiant and emotional address on Saturday (26 February), as at ..