All posts tagged in: Tokyo 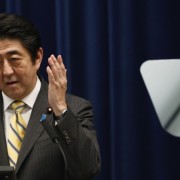 The European Commission confirmed that it would resume negotiations with Japan on an mammoth free trade agreement in Tokyo next week. Both parties .. 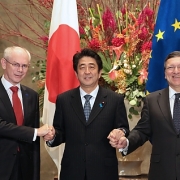 The summit between the European Union and Japan that concluded last week ended with a ringing affirmation of Brussels’ and Tokyo’s intention to ..