All posts tagged in: TRIPS 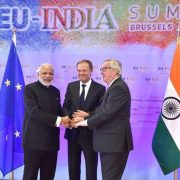 EXCLUSIVE INTERVIEW with Ms. Neelam Deo (Director of Gateway House and Former Senior Indian Diplomat) EUBulletin: You are both an academic based in ..