The United States has scored a “nice victory” against the European Union, US President Donald Trump said yesterday (3 October) when announcing .. 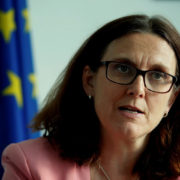 The European Union is urging the United States to join the talks on the reform of the World Trade Organization (WTO) to prevent the world’s premier .. 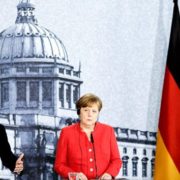 In Defiance of Trump’s ‘America First”: Macron-Merkel Lobby for Iran and Free Trade

In stark contrast to Donald Trump, German Chancellor Angela Merkel described the Iranian deal as a “building bloc” and part of the “mosaic” ..