All posts tagged in: bailout 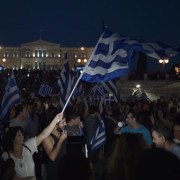 Greeks yesterday (5 July) rejected the bailout offer in referendum with overwhelming 61 percent saying “no” to the proposed deal. The results .. 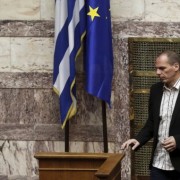 April 20 Deadline for Greece to Outline Reforms: Eurozone Shocked by Lack of Progress

Greece has to present a list of reforms that it plans to implement in return for its bailout package by April 20, the European Union has ordered. If ..