April 20 Deadline for Greece to Outline Reforms: Eurozone Shocked by Lack of Progress 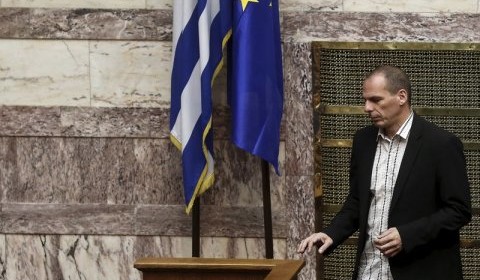 Greece has to present a list of reforms that it plans to implement in return for its bailout package by April 20, the European Union has ordered. If the planned reforms are deemed acceptable, the EU and International Monetary Fund will unlock the last part of funding under their multi-billion-euro program. The deadline comes after Greece failed to outline intended structural reforms during last week’s talks in Brussels. According to the German daily, Frankfurter Allgemeine Zeitung, Eurozone ministers have given Athens the deadline in order to have enough time to examine the Greek reform package before the ministerial meeting on April 24.

The Eurozone ministers have recently struggled to free the last tranche of 7.2 billion euros as Greece’s leftist government was unable to present plans for reforms and refused to cut pensions of civil servants to pay its commitments to the creditors. The government of Alexis Tsipras is reluctant to cut public spending in favour of the bailout program as it is against its pre-election promises. Instead, the government is looking at increasing national revenues via enhancing tax compliance.

Last week, Athens moreover started scrutinizing a draft bill under which 4,000 civil servants, who were fired due to austerity reforms, could be re-hired. On the top of the re-hiring, the bill also envisages the hiring of additional 6,000 people who passed public service examinations. Despite the deteriorating mood between Eurozone ministers, especially Germany, and Athens, Greek Finance Minister, Yanis Varoufakis, said that he was very confident that an agreement could be achieved by 24 April. Athens also confirmed that it was aiming to outline the reforms in the upcoming days and that “a climate of cooperation” was being retained with Greece’s creditors.