All posts tagged in: Bruno Rodriguez 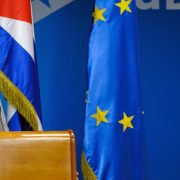 EU-Cuba Ties Redefined: How Should We Now Play Ball?

The European Parliament has initiated a new era of relations with Cuba by giving a green light to a new political dialogue and cooperation agreement .. 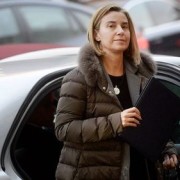 EU diplomacy chief, Federica Mogherini, is due to visit Cuba later this month in an attempt to initiate negotiations aimed at normalizing the ..