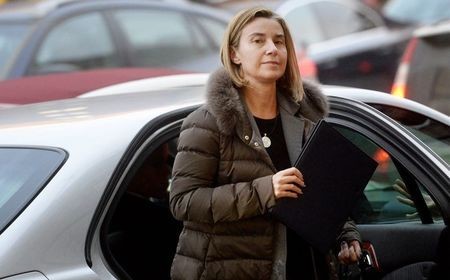 EU diplomacy chief, Federica Mogherini, is due to visit Cuba later this month in an attempt to initiate negotiations aimed at normalizing the relations between the 28-country block and the communist state. Mrs Mogherini will meet Cuba’s Foreign Minister, Bruno Rodriguez, on 23-24 March during her visit to Havana.

The official visit comes only a fortnight after Christian Lefflet, EU’s chief negotiator, and Cuban Deputy Foreign Minister, Abelardo Moreno, held the third round of so-called “frank talks”. The EU-Cuba dialogue, which began almost a year ago, already had two rounds in Brussels in August and in Havana in April last year. The negotiations between both sides surprised the international community and mainly the United States after Brussels and Havana had announced that they want to restore their mutual ties.

“Cuba is facing a very interesting period and the European Union is keen to see how we can take the relationship forward with strong momentum,” Mrs Mogherini explained and added that the developments in Cuba can provide new opportunities for all. The “new beginning” in EU-Cuba relations is supported by a number of EU Member States led by Spain, which relies on Cuba as an important trade partner. Madrid moreover called for other Member States to “give EU businesses the chance to compete with American companies” on the island.

According to Peter Schechter, Latin America director at the Atlantic Council, a US think tank,  “it’s clear the Europeans see the United States as an ally but also as a competitor in terms of investment and trade with Cuba. It’s about political interests, but it’s clearly about economic interests too”. However, speaking at the talks in Havana two weeks ago, Mr Leffler emphasized that there was no race with the United States. “It’s not a competition between the United States and the European Union. A more active [American] presence […] can contribute to reinforcing the positive atmosphere,” he explained.