All posts tagged in: Isaias Afwerki 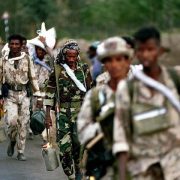 The European Union remains deeply concerned about the present stalemate at the Eritrea-Ethiopia boundary between both states. The ongoing violent .. 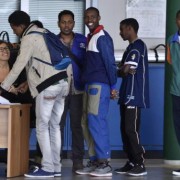 Despite severe problems with Eritrea’s human rights record, the EU wants to liaise with the African country’s autocratic regime and cooperate on ..