All posts tagged in: Macron 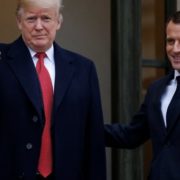 Standing next to US President Donald Trump, French head of state publicly denounced nationalism during the World War I Armistice Day commemoration, .. 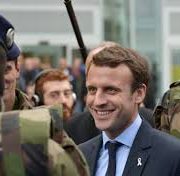 Alone in the Desert? – How France Can Lead Europe in the Middle East

The Middle East and North Africa (MENA) region holds a special place not only in France’s foreign policy, but also in its society, politics, ..