All posts tagged in: Arab World

Digital Stability in the MENA: How Technology Can Empower Future Generations

Countries in the Arab world have long failed to create enough jobs for their growing working-age populations. Accordingly, with roughly 300 million ..

Restoring Russia’s Influence in the Arab World: What is Moscow’s Endgame?

The old power structure in the Middle East is being replaced by a new political make-up in which Russia is playing an increasingly dominant role. .. 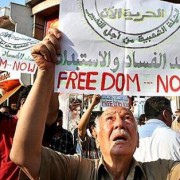 Patryk Pawlak (The European Parliamentary Research Service) Especially since the beginning of the Barcelona Process launched in 1995, it is clear ..