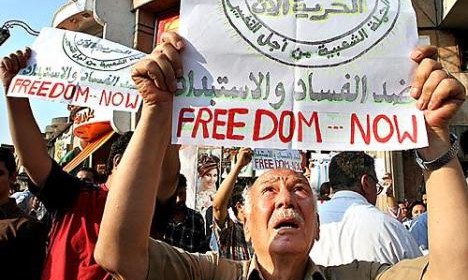 Especially since the beginning of the Barcelona Process launched in 1995, it is clear that maintaining good relations with the Arab world is in the long-term interest of the EU. While the earlier goals were centered on the themes of security and the need to maintain stability, the subsequent development of relations between the two sides of the Mediterranean Sea shifted the focal point to the issues of the support for democracy, human rights and economic and social development. The invasions of Afghanistan and Iraq, the terrorist attacks in Madrid and London, the publication of cartoons depicting Prophet Mohammed and the Arab Spring were among the major events. Yet, it has never been a straightforward relationship, and the EU has for long been unsuccessful in adequately promoting and effectively sharing its vision for the development of the region.

Meanwhile, the instability in the Middle East and North African countries has become a source of insecurity in the EU itself. The foundations of some of its policies have been disturbed, both externally and internally. As the recent terrorist attacks in Belgium, Tunisia, Egypt and France have demonstrated yet again, the rise of violent extremism and the threat of radicalization knows no borders. Terrorist organizations like al-Qaeda and the Islamic State can attract thousands of people only to turn them into the so-called foreign fighters. To make things worse, some of these individuals are EU citizens. Therefore, actions to combat terrorist propaganda and jihadist vision of contemporary Europe and the world play an important role here. The second level is then the current migration crisis caused by the ongoing fighting in the Middle East and the deterioration of living conditions in many of those countries.

In the context of these events, the EU has begun to view the Arab world in a different way. The transformation of the region itself following the Arab Spring was important. The Union has taken a number of steps with the aim to create a strategic vision for its future involvement in the regional developments and for the collaboration with various stakeholders. This vision should reflect the contemporary situation more adequately and include access both to the political elites and the civil society. The main objectives are thus suppressing any forms of propaganda leading to radicalization, strengthening of the mutual cooperation and improving the image of the Union itself. Some of the concrete initiatives in this regard are in the form of various newly established EU working groups directly involved in information and communication activities in the Arab world, and focusing on strategic communications in Syria, the development of journalism, media literacy and other topics.

(The study can be downloaded here:  http://www.europarl.europa.eu/thinktank/en/document.html?reference=EPRS_BRI(2016)581997)