All posts tagged in: Gerhard Schröder 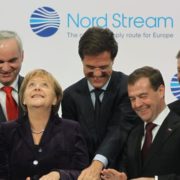 One of the top candidates looking to replace Chancellor Angela Merkel as leader of the Christian Democrats has waded into the controversial Nord .. 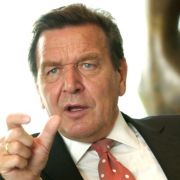 The former German chancellor Gerhard Schröder was placed under surveillance by the US National Security Agency (NSA) after his country opposed ..