All posts tagged in: Nikki Haley 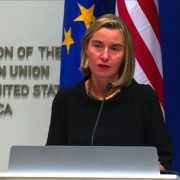 Federica Mogherini, the head of the EU’s diplomacy, is visiting the United States and she used the occasion to warn that the increasing tension .. 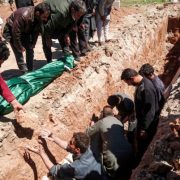 The European Union is pushing for a political solution to the Syrian civil war following the chemical attack in the town of Khan Sheikhoun and ..