‘Democratic Values’, a Basis from Which to Defend ‘Human Rights’ 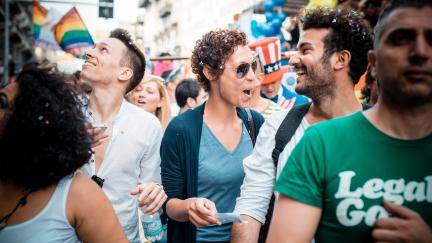 EUBULLETIN has spoken to Xavier Nuttin, an Expert Policy Advisor on human rights at the European Parliament, whose main responsibility is to provide tailor-made political analysis on issues related to human rights and democratization and advice to parliamentary bodies such as the Foreign Affairs Committee. Xavier Nuttin talks frankly about human rights situation in China and also about an EU’s effort to explain to people around the world that it is actually in their own societies’ long-term interest to adopt a democratic approach to government.

EUBULLETIN: When I raised the issue of human rights, you have indicated that you would prefer to talk rather about democratic values? Why?
NUTTIN: When we talk about democratic values, I believe that this is the basis where human rights can be best defended. To go and to discuss only about freedom of religion or freedom of the media, then very often you are accused of trying to impose Western views on the outside world. But when you talk about the interest of the people through the democratic approach, where people have more freedom to express their views and you show the interest of going in that direction, it is more easily acceptable than when you talk about freedom of expression, freedom of assembly, freedom of demonstration on the street.
EUBULLETIN: Could you perhaps give us an example?
NUTTIN: Well, we do not mean to criticize the way they do it somewhere else but it is to show the advantage of the democratic approach. To illustrate, in China, for example, they opened up the economic field, the economic field is liberalized, people are now allowed to open a business, to make money, to make profit, and since they have agreed to that, we have seen how much China has developed from the economic point of view. They did the same in the art scene. Before, the artists in China could only produce one sort of art that was supporting the line of the party. Now, you go to China and you see exhibitions, you see galleries, contemporary art, all sorts of art. The imagination is incredible. And everybody agrees, I think, on the value of this development.
And then I say why not the same progress on the political side, why not allowing civil society to express the political views? Especially while you have seen the benefit of liberalizing the economic field, liberalizing the art field, in the political field, why do you want people to keep quiet and to follow the instructions without putting the government to question, although you could get a lot in terms of the country’s development and for the benefit of the population?
EUBULLETIN: It looks like you are really concerned about not to be accused of forcing others to adopt Western values.
NUTTIN: I always try to push it into the interest of the population and also try to take examples from somewhere else – it is not that we should go and meet other people to say “we are right and you are wrong”, but you could give good examples of the benefits we are getting in the European Union, for example, by having more freedom of expression because if everybody can have freedom of expression,  you will not only improve your socio-political conditions, you will push for innovation in the economic sector. China, for example, now wants to increase the role of the service sector in the economy, but before you can develop the services, how can you develop your imagination and your creativity, if you have no freedom of expression, no access to the media. So, in that sense, they should see that those human rights are very important – it is not because it is human rights per se, it is because it could benefit the population and the country as well.
EUBULLETIN: You have mentioned China but what about other countries with less democratic political systems?
NUTTIN: Well, I always stress that without freedom of access to information and to knowledge through the freedom of media, undemocratic government may be sustained but it will not go as far and as fast as it could. Some people mention Singapore, for example, but you cannot compare China with Singapore because Singapore has all the freedom of information, and therefore people there can see what is happening in different parts of the world, they can travel, they can do whatever they want, except trying to challenge the main party, even though they also have some small opposition political parties.
The problem with China is that they still have some censorship of the internet. In China, they do not see the difference between access to political information and access to technological information. But they should not be afraid of the political situation because we have seen that authoritarian regimes can be very successful economically and China has been very successful over the last 30 years. And I am sure that if they would accept to open up the political field, it would be another step forward, of course, with some difficulties and some changes. Development and progress means changes and changes always bring difficulties.