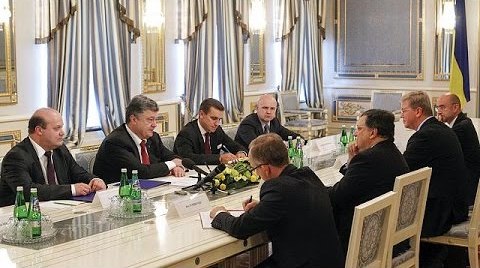 Moscow has demanded amendments to the free trade agreement between the European Union and Ukraine, demonstrating Kremlin’s dissatisfaction with the last-minute ratification of the agreement amidst ongoing tensions between the West, Ukraine, and Russia over Crimea. The country’s Economy Minister, Alexei Ulyukayev, said that Russia demanded three-way talks to implement necessary changes to the current version of the deal, which, according to the Kremlin, will hinder the Russian economy. Mr Ulyukayev also reminded that Russia was ready to limit Ukraine’s access to their market, confirming that the EU’s recent concession to postpone the deal’s implementation did not satisfy Moscow’s concerns. Russia is particularly troubled by the possibility that Ukraine will bar those imports that do not comply with EU quality standards. Since the beginning of the conflict, which started in November last year, trade has been at the heart of the dispute between the EU and Russia.

Russia’s Economy Minister sent a letter to EU trade commissioner, Karel De Gucht, on 15 September where he called for Russian, Ukrainian, and EU negotiators to have a mandate to ready “proposals for amendments in the Association Agreement of Ukraine with the EU allowing for legally binding formulas to remove the concerns of the Russian side”. Yet, Mr De Gucht has not given much thought to the idea and ruled out any changes to the agreement that has been already ratified by both Ukraine and the EU. Reopening the talks would imply troubles for the EU from a legal point of view as the block’s multi-country procedures are often very tedious and time-consuming. However, some EU officials claim that there is still a room for a compromise with the Kremlin on the agreement suggesting that Russian exporters could be given “a very long time” to adjust and comply with EU quality standards and other measures.