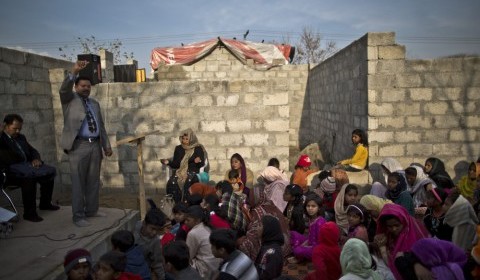 Pakistan said yesterday (19 March) that its decision to lift the six-year-old ban on the capital punishment would have no impact on the trade deal with the European Union. The death penalty was introduced again in December last year as part of Pakistan’s struggle to fight against extremism that has soared after a Taliban massacre at a school in the city of Peshawar. The 28-country block has condemned this move. Since the re-introduction of the capital punishment, 52 individuals have been sent to the gallows.

Referring to the EU-Pakistan agreement that makes it possible for firms to pay no tax on certain categories of goods exported to the EU, the country’s foreign ministry spokesperson, Tasnim Aslam, commented that “we do not expect that this issue will impact Pakistan’s GSP plus status”. According to Pakistani data, GSP+ has helped to make the country’s products more competitive, which has increased the country’s exports to the European Union by more than a billion dollars. “It is a question of domestic law and legislation and we are engaged with European Union. We have told them clearly our perspective,” Ms Aslam added.

The EU is Pakistan’s most important trading partner, taking more than 21 percent of the country’s total exports. Pakistan mainly exports textiles, clothing, and leather products to the block. Textiles and clothing account for almost three fourths of Pakistan’s total exports to the EU. In contrast, the EU exports to Pakistan mostly mechanical and electrical machinery as well as chemical and pharmaceutical products. EU-Pakistan trade has gone up by about 4.7 percent annually between 2007 and 2011.