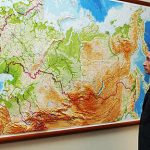 The European Union will liberalize visa procedures for Georgia very soon. The European Commission announced its visa proposal in March last year after Georgia had met all the criteria needed to be exempted from visa requirements. As a result of the liberalization, Georgian nationals will soon be able to travel to the Schengen zone without a visa and stay for up to 90 days. This will not apply to entering the United Kingdom or Ireland but non-EU members Iceland, Liechtenstein, Norway and Switzerland will participate.
When the decision was announced, EU Commissioner Dimitris Avramopoulos, was in Tbilisi and welcomed the move. “Today’s adoption recognizes the tremendous efforts undertaken by the Georgian authorities and the Georgian people to carry out far-reaching and difficult reforms in the area of the rule of law and the justice system,” he said.
Another proposal that was submitted by the Council will revamp the visa suspension mechanism so that the bloc is quicker to react in the event of an emergency. The proposal from May 2016 aims to allow the Member States to suspend visas for third countries in case of a significant increase in irregular migration or if an increased risk to domestic security is detected.
The biggest novelty is the fact that the Commission itself will be able to trigger the mechanism, which until now was only possible by the Member States themselves. As a result, visas can be reintroduced if Georgian citizens are deemed to pose a security threat. The Council decision that cleared way to visa-free travel for Georgians was made possible after EU negotiators had resolved an internal dispute regarding the emergency mechanism at the end of last year.