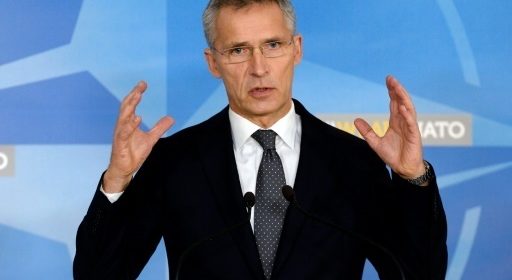 NATO reminded Russia of the upcoming deadline to abort its new missile system, to save the Intermediate-Range Nuclear Forces (INF) Treaty or face a more resolute response by the military alliance. “There are just five weeks left for Russia to save the treaty,” said NATO Secretary General Jens Stoltenberg. However, for the time being, Russia has no intention to stop its activities, denying any violation of the treaty.

NATO alliance asked Russia to destroy the 9M729/SSC-8 nuclear-capable cruise missile system that, according to the US claims, allows for short-notice nuclear attacks on Europe, which is in a clear violation of the 1987 Intermediate-range Nuclear Forces Treaty. “We do not want a new arms race, but as Russia is deploying new missiles, we must ensure that our deterrence and defence remains credible and effective,” continued Stoltenberg in a reaction to Russia’s accusation of the US from seeking an arm race. NATO allies unanimously supported US’ assessment of the alleged treaty violation.

“We call on Russia to take the responsible path, but we have seen no indication that Russia intends to do so,” continued Stoltenberg. While Europe does not plan on deploying counter-missiles, imitating Russia’s behaviour in the region, NATO defence ministers will discuss their actions in case of Russia’s non-compliance. In such a situation, diplomats advised them to increase the number of flights over Europe by US warplanes, boost military training, and consider relocation of US sea-based missiles.