Chinese Investment Race in Europe: Aided by the Debt Crisis 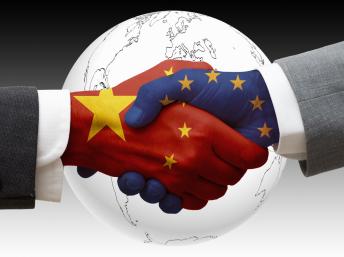 As Europe is lagging behind the rest of the developed world in fighting the sovereign debt crisis, China’s investment on the ‘old continent’ is becoming increasingly visible. In light of the sluggish European recovery, China is seeking diversification of its already stunning amount of foreign reserves (3.3 trillion USD at the end of 2012). According to the representatives of the China Investment Corporation (CIC), the core Chinese investor in Europe, the continent is home to a number of prosperous and well-managed companies that are open to absorb China’s cash. The most daring estimates speak of 20 percent share of European companies in the Fund’s total investment portfolio.
According to the Rhodium Group’s 2012 analysis, period between 2000 and 2011 was distinguished through 573 transactions worth 21 billion USD. Moreover, the Chinese have been predominantly coming with investment in greenfield projects at the detriment of acquisitions, whose value was also higher by a factor of 7 in 2011. In terms of geography, China’s interest has lied mostly in the big players, such as Germany, France or the UK, but other countries, such as Sweden or Netherlands, also attracted a significant proportion of the 2000-2011 investment package.
Besides the ‘old’ EU member states, Hungary and Greece, which are, by the way, combating debt explosion, are notable exceptions. China’s investment in Hungary was 2,065 million USD in 2010-2011, according to the consultancy, out of which 1.9 million USD was earned by Hungary from the sale of a major chemical industry firm ‘Borsodchem’. Greece, by contrast, received about 700 million USD for the modernization of Piraeus’ container terminal by the Chinese COSCO company, which was also connected to a long-term lease of the port itself.
Recently, moreover, media attention was attracted by a number of Chinese transactions occurring in the UK market, among which the most significant seemed to be the acquisition of a 10-percent stake in the firm that owns London’s Heathrow Airport for about 726 million pounds by the CIC. According to the China Daily, ‘the fund zeroed in on the Heathrow deal as it offered long-term and stable returns and suited the operator’s plan to attract overseas investment for asset upgrades.’
Furthermore, earlier this year, the company bought also an 8.86-percent stake in Thames water, the largest sewage and water company in the UK owned by Kemble Water, a consortium of Austrian investors. In the wake of such important acquisitions, the company has announced its intention to focus on post-investment management and long-term assets while simultaneously continuing to build a diversified portfolio in infrastructure, agriculture and other steady-returns-industries.
These giant leaps of direct investment in strategic European companies are increasingly seen with a certain amount of suspicion especially given the still ongoing fight against the debt crisis, which prevents many of European firms from withstanding the pressure from generous Chinese investors with pockets filled with cash. It is precisely the slow recovery from the debt crisis that is believed to be among the major determinants for China’s current engagement in Europe.  Although Europe reportedly has a better investment-friendly environment when compared to other developed countries, few believe that a loosely defined ‘conditions for investment’ are a major comparative advantage of Europe among other industrialized countries. The Chinese come for technology that they acquire by the acquisition of highly specialized European firms across sectors, such as auto parts (BAIC – Weigl) or aviation (AVIC – FACC), and they also come also for tap into the continent’s highly-valued human capital. It is also quite telling that highly under-financed European research sector has found its major supporter among the Chinese, who have already managed to established a number of R&D centers across the continent – among most notable ventures is Geely that has significantly increased the number of its engineering staff after the acquisition of Volvo or the firm AVIC planning to invest millions in new R&D centers in Austria.