EU and Turkmenistan Discuss Human Rights: Use of Torture Raises the Alarm 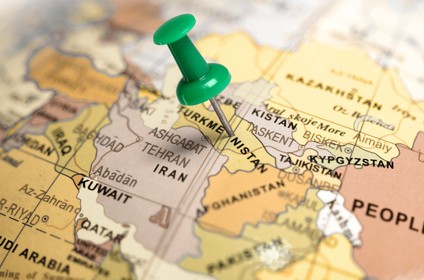 The European Union and Turkmenistan held the eight round of the mutual Human Rights Dialogue in Brussels earlier this week. The Turkmenistan delegation was led by Mr Vepa Hajiyev, Deputy Minister for Foreign Affairs, who was accompanied by officials from the National Institute for Democracy and Human Rights, the Parliamentary Committee on the Protection of Human Rights, and the Ministry of Interior.

Both parties discussed a variety of human rights issues and the EU said it was ready to support more concrete steps and reforms towards achieving Turkmenistan’s goals. The EU also embraced the recent adoption of the National Human Rights Action Plan and said that Turkmenistan should also consult international human rights experts on the reform of the Constitution. Brussels is concerned about the dire human rights situation in the country, especially the use of torture and allegations that some prisoners have disappeared in detention. The EU has raised a few cases and requested more information.

The EU, which aims to help the country to develop a strong civil society, urged Turkmenistan’s leaders to relax major restrictions on the freedom of expression. Brussels has also raised its concerns regarding the freedom of movement and encouraged Ashgabat to permit its nationals to travel freely in and out of the country. The ninth round of the dialogue between both parties will take place in Turkmenistan’s capital next year. For the time being, the bilateral relations between the EU and Turkmenistan are governed by a 1998 Interim Trade Agreement and a pending ratification of a Partnership and Cooperation Agreement. Human rights are one of the major areas the EU focuses on in its financing in the current programming period of 2014-2020. Other areas of interest for both parties include education and vocational training.