EU Summit to Open in Brussels amidst U.S. Spying Allegations 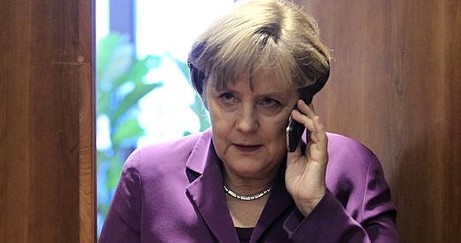 An EU summit is due to begin in Brussels today (Thursday, 24 October) while fresh allegations of US spying are likely to overshadow talks on the economy and migration. European leaders will seek to consolidate Europe’s fragile economic recovery, and speed up implementation of a single market in digital services.
In the first session of the EU summit, European leaders will focus on digital economy, innovation and services, including the creation of a “digital single market” and improving ICT skills. The subsequent talks on Thursday night and on Friday will deal with economic and social policy and the economic and monetary union which will include youth unemployment, financing of the economy (in particular SMEs) and co-ordination of economic policies across the EU, as well as migratory flows and preparations for Eastern Partnership summit in Vilnius.
However, while Germany has summoned the US ambassador in Berlin to explain the allegations that Chancellor Angela Merkel’s mobile phone calls had been bugged, new allegations of US eavesdropping on Germany’s may also be discussed during the EU summit. France’s President Francois Hollande is also pressing for the issue to be put high on the summit agenda, following reports that millions of French calls have been monitored. The veteran French EU Commissioner Michel Barnier told the media recently that “enough is enough”, and as confidence in the US had been shaken, the EU must not be naive but develop its own strategic digital tools, such as a “European data cloud” independent of American oversight.
To that end, European Commission’s ‘Digital Agenda for Europe’ key initiative proposes that the EU should “[aim] to reboot Europe’s economy and help Europe’s citizens and businesses to get the most out of digital technologies”. Also, although the markets now seem becalmed, and with Spain coming out of recession and Ireland soon to exit its bailout programme, these signs of progress will probably not be a reason for Europe’s leaders to celebrate but instead they will need to recognize and stress that the recovery is still fragile and solid growth across the eurozone far from certain. Migration will also be discussed, following the loss of hundreds of lives among migrants trying to reach Europe from Africa and the Middle East.