No One is Safe: Assertive Lukashenko Sends Jitters Across Rest of Europe 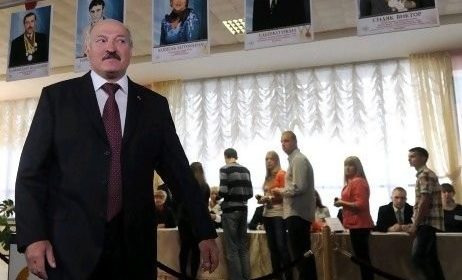 The regime of president Alexander Lukashenko must come to an end, Belarusian opposition leader Sviatlana Tsikhanouskaya has told Reuters in an interview. “What is going on in Belarus is our pain — we want this hell finished as soon as possible in our country,” she said on Tuesday (3 August), adding that a peaceful transition of power remains feasible. Her appeal comes after a Belarusian activist was found dead in a Kyiv park and a Belarusian sprinter refused to board ‘forcibly’ a flight from Tokyo and return to her homeland and instead requested asylum in Europe.
Vitaly Shishov, who led an NGO ‘Belarusian House in Ukraine’ helping Belarusians flee persecution, was found dead on Tuesday, one day after being reported missing by his partner, Reuters reported. The Belarusian activist went for his usual run on Monday, but he never returned. The Belarusian community in Kyiv is convinced he was killed by people connected to Belarus’ president. Alexander Lukashenko was reelected last August but critics say the vote was rigged. The election sparked widespread protests and a brutal crackdown on dissent, sparking some Belarusians to flee to other parts of Europe, including Lithuania, Poland and Ukraine. “Ukraine will do everything possible to fully investigate the case: it is of utmost importance for us to reveal the truth about his tragic death,” Kuleba said on Twitter. Ukrainian President Volodymyr Zelenskiy on Wednesday (4 August) ordered a review of the risks to Belarusians in Ukraine following the death of an activist. “Every Belarusian who can be a target for criminals in connection with his public political position must receive special and reliable protection,” Zelenskiy said in a statement.
Meanwhile, Krystsina Tsimanouskaya’s experience at the Tokyo Games became an international issue on Sunday (1 August), when she accused Belarusian team officials of hustling her to the airport and trying to put her on a plane to Belarus against her wishes because she had publicly criticized them. Tsimanouskaya arrived in Poland on Wednesday via Vienna after leaving Tokyo to seek refuge in Europe. The 24-year-old sprinter, who has claimed she fears for her safety in her native Belarus, was granted a humanitarian visa by Poland following Sunday’s standoff. After spending two nights in Poland’s embassy in the Japanese capital, she was expected to leave Tokyo on a flight to Warsaw, but a Polish government source said Tsimanouskaya switched planes last minute due to security concerns after news of the plan became public. Before leaving Japan, Tsimanouskaya said she hoped she could continue her career but that safety was her immediate priority.
Both cases have focused attention on political discord in Belarus, where authorities have cracked down on dissent following a wave of protests following the disputed August 2020 election the opposition claims was rigged to keep longtime President Alexander Lukashenko in power. In a separate but related development, Lithuania has seen a surge in migrant arrivals in recent months, something Vilnius claims is being orchestrated by long-time Belarus president Alexander Lukashenko as revenge for EU sanctions against Minsk. This week Lithuania said it reserved the right to use force to stop such illegal immigration and said it had turned away 180 people attempting to enter the country. But Lithuania’s move to turn away migrants at its border with Belarus does not comply with international law, the Red Cross has warned. Rejecting the admission of vulnerable people into the country would put them into an unsafe environment, trapped between two countries, the NGO said.