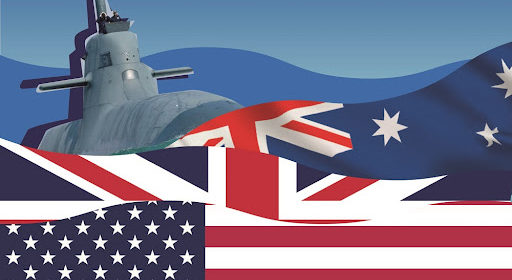 The recent hot summer has been another reckoning for Europe on what geopolitics really means. The debacle in Afghanistan and the AUKUS spat have put a spotlight on transatlantic relations, and it doesn’t look good. It is high time the European Union and the United States restore their diplomatic channels and engage in meaningful exchanges about where both sides converge or diverge in geostrategic terms.

TRANSATLANTIC HONEYMOON’S MELTING —- After Biden’s June summitry extravaganza in Europe, sealed by “America is back”, the US fiasco in Afghanistan heated up the transatlantic summer to scorching temperatures. As tensions were cooling down, the AUKUS defence pact between the US, Australia and the UK brought relations between Paris and Washington close to a boiling point, blistering the broader transatlantic relationship, as well as EU interests in other corners of the world. Both crises reveal the failure of intelligence and diplomacy between the allies and the effects of the ongoing geopolitical reconfiguration of spheres of influence among great powers. The EU should try to restore the value of transatlantic diplomacy and draw the lessons from the current state of geopolitics by defining its international role, while also keeping in check members states’ ambitions to ‘go at it alone.’ In turn, the US should clarify whether it wants a strong and reliable EU that can take on more international responsibilities and be prepared for what that really entails in terms of security and defence capabilities, burden-sharing and global ‘division of labour’.

UNDIPLOMATIC RELATIONS AND LINKAGES —- The Afghan and the AUKUS crises make one thing clear: diplomacy between the EU and US isn’t working. Despite going along with NATO’s Summit June communiqué that confirmed the end of the alliance’s mission in Afghanistan, Europeans were quick to criticize the US for presenting them with a fait accompli and not considering their interests. The solidarity that Europeans demonstrated towards the Americans in 2001 after the 9/11 attacks, having invoked Article 5 of the Washington Treaty for the first time, was not reciprocated when it was time to leave. AUKUS is worse, and the failure of diplomacy there goes beyond Washington. London, which has a security and defence treaty with Paris, and Canberra were also to blame. Together, they left the French with an egg in the face, a sunken multi-billion-euro worth submarine contract, and a major diplomatic upset in a part of the world where Paris has clear strategic interests.

What is telling is that in the final statement put out by Presidents Biden and Macron after they finally spoke on the phone on 22 September to try to defuse the diplomatic incident, both leaders agreed that “open consultations” would have been beneficial and decided to “open a process of in-depth consultations, aimed at creating the conditions for ensuring confidence…” In other words, the workings of diplomacy. France’s initial legitimate outrage soon linked the AUKUS mess to issues beyond its foreign policy to gain leverage. Besides recalling home its ambassadors from Washington and Canberra, Paris basically put the brakes on the EU’s trade negotiations with Australia and threatened to postpone the launch of the EU-US Trade and Technology Council (TTC). This situation is even more worrying considering Germany is currently focused on its domestic politics, with no indication of when a new government might be in place.

But there is more. The AUKUS pact was revealed to the world at the same time as the EU announced its Indo-Pacific Strategy, completely overshadowing it. In a moment when geopolitical fault lines are being redrawn, did no one in Washington bother to consult the European allies or vice versa? After all, the presentation of an Indo-Pacific Strategy had been announced months back. Clearly no one in the White House seemed to have noticed. This oversight is probably another example of the breakdown in diplomacy. But perhaps the situation is even worse: for the US, the EU has become either irrelevant or unreliable for its geopolitical considerations in Asia.

GEOPOLITICAL CHESS — Today, geopolitics is shorthand for any development or event on the global stage. But originally, the term referred to the influence of geographic factors on politics or international relations. While geography is more stable, geopolitics is dynamic and ever-changing. The withdrawal from Afghanistan and the AUKUS pact is the consolidation of the US’ pivot to Asia, which was initiated under the Obama administration. This geopolitical reordering spells trouble for the transatlantic relationship, especially if both sides do not talk to each other regularly. In fact, what those moves have shown, together with Europe’s ambiguity vis-à-vis Beijing, is that the strategic interests of the allies on both sides of the Atlantic may be diverging to a point of no return. From a purely geographic point of view, for the EU, its neighbourhood to the East and to the South is far more important than the distant Chinese threat that Washington perceives.

Despite EU hesitations, the U.S. decision to exclude France and even the EU from its strategic considerations in the Indo-Pacific is short-sighted and plays into Beijing’s hands because it further exacerbates the differences in the transatlantic relationship. Instead of using diplomacy and persuasion to assuage European concerns and try to bring the EU along, the US seems unwilling to invest more political and diplomatic capital in building a stronger coalition based on common interests. The sentence on the EU’s Indo-Pacific Strategy in the recent QUAD statement coming out of the White House after the meeting between the leaders of the US, India, Japan and Australia, is a welcome diplomatic Band-Aid, but needs to be backed by concrete actions.

TRANSATLANTIC MINEFIELD OR MENDING FENCES? —- 2022 is a crucial year for transatlantic relations. If geopolitical manoeuvres are misread and diplomacy is not mended, the EU and the US might end up in an exploding political minefield, with unpredictable consequences for the alliance and the unity of the EU, which tends to fracture at each Euro-Atlantic crisis. Domestic politics will be the priority for the Biden administration in the coming year. Washington will be focused on the mid-term elections in November, the results of which are unpredictable and could be a downward turning point for the administration. This uncertainty, together with the Afghan fiasco and AUKUS, will reinforce the idea held by some European politicians and diplomats that the US has become an unreliable partner. It is no longer just about Trump. On top of that, Paris will be taking the helm of the Council of the EU in January 2022 and is holding presidential elections in April 2022. The political debate in France will be about asserting the country’s sovereignty and place in the world. At the EU level, it will be about ‘strategic autonomy’ and building a European security and defence union. The temptation to push it in opposition to the US will be overwhelming and risks further undermining the cohesion of the transatlantic alliance as well as EU unity.

If this process is not to be an exploding minefield, both France and the US, as well as the EU institutions, need to exert extraordinary long-term strategic vision, leadership, and diplomacy. Besides the yearly EU-US Summits and the recently launched TTC, the EU High Representative and the US Secretary of State should establish a high-level transatlantic dialogue on the global strategic landscape – from China and Russia to Africa and the Arctic – that meets at least twice a year. In addition to that, both should appoint transatlantic sherpas within their offices to keep channels open on a permanent basis, in coordination with respective embassies. The EU should also invest much more political and diplomatic capital in relations with US Congress members on both sides of the aisle, US Governors and Washington-based (but not only) think tanks. Contrary to Brussels, where walls between EU institutions and think tanks are well demarcated, in the US there is a healthy circulation of talent and policy expertise between think tanks and the administration. Investing in relationships there is investing in the future, irrespective of the US administration in charge.

As the world becomes more competitive and volatile, the EU and the US would do well to restore transatlantic diplomacy and avoid an exploding minefield that can be a turning point in their relationship. Unfortunately, the recent past doesn’t bode well for the future. But ultimately, it depends on the will of transatlantic partners to mend fences.