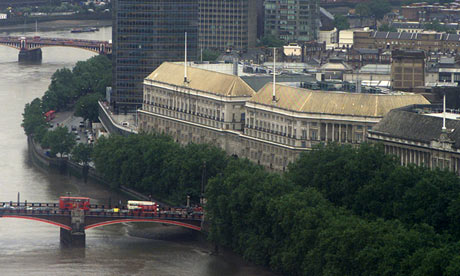 The heads of British spy agencies appeared before the House of Common’s intelligence and security committee on Thursday. It was a historic hearing and a rare public appearance of the chiefs of MI6, MI5 and of GCHQ.
The 90minutes heated debates were aired live by major UK TV stations. Talks focused on the damage done to the British national security by the documents leaked by the former intelligence contractor Edward Snowden and published by the Guardian and New York Times.
The three spy chiefs told MPs that terrorists around the world are already changing their methods because of Snowden disclosures that caused serious damage that would last for many years. They also said that Al-Qaeda and other fanatics were ecstatic by the exposing of UK spying techniques which made surveillance operations at risk.
The GCHQ head Ian Lobban told to the intelligence & security committee that the latest disclosures had made life easier for terrorists because they were alerted to the secret high-tech monitoring methods used in gathering intelligence.
Thanks to Mr. Snowden revelations, the terrorists are now “discussing how to avoid what they now perceive to be vulnerable communications methods or how to select communications which they now perceive not to be exploitable.”, said the GCHQ boss.
For his part, head of MI6 John Sawers said “Our adversaries are rubbing their hands with glee. Al-Qaida is lapping this up”, while the MI5 chief Andrew Parker said covert surveillance helped to foil thirty-four terror plots targeted against the UK during the last eight years.
Since the 2005 London attacks “active detection and intervention” by counter-terrorism agents and police officers had foiled one or two terror attacks a year, which were aimed at creating mass casualties.
Mr. Snowden, 30, who exposed NSA worldwide espionage operations, fled to Russia in June after leaking details of US secret internet and telecommunications monitoring. He was granted temporary asylum, allowing him to live in Russia until July 2014.