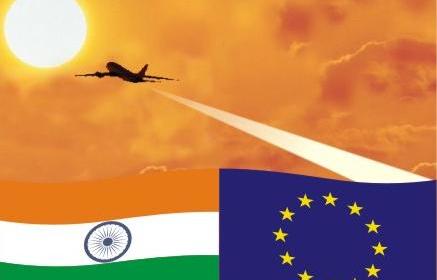 A decade after signing the cooperation agreement in 1994, India and the EU upgraded their relationship to the level of ‘Strategic Partnership’ at the Hague Summit in 2004. Over the past decade, India and the EU have witnessed the continuities and changes in their interactions on global, regional and bilateral levels on the issues of mutual importance. The multilayered political interactions have been increased, but both the EU and India missed several opportunities to take crucial decisions to give their partnership a genuinely strategic dimension.
Their normative claims of a strategic partnership lack empirical content, as New Delhi and Brussels differ in their perspectives on core strategic and economic issues. Although ‘effective multilateralism’ is a crucial element of the India-EU strategic partnership, both failed to bring synergies into their policies in global fora to establish order and stability in South Asian region. The Arab Spring and the consequent political changes as well as the ongoing civil war in Syria pose strategic, humanitarian and political challenges at the regional and global levels. Although considerable progress has been achieved in Afghanistan, security remains fragile in the wake of the ISAF’s withdrawal in 2014 with implications for both India and the EU.
Trade and economic cooperation is the core factor in the India-EU relationship. The EU is the largest trading partner of India, but bilateral trade has not realized its full potential. India-EU trade, which accounted for 75,765 million euros in 2012, is almost six times less than China-EU trade which stood for around 433,803 million euros in the same year. India was EU’s 8th largest trade partner, accounting for 2.4 per cent of its total trade in both 2010 and 2011, though the trade volume has declined by about 5.5 per cent in the following year.
It is widely hoped that New Delhi and Brussels could finally conclude a Free Trade Agreement (FTA) deal after several rounds of protracted negotiations. A number of issues ranging from labor standards, IPR, sanitary and phytosanitary measures, movement of IT professionals, environmental issues to access to animal and agri-products, complex system quotas and tariffs are hurdles in the path of the FTA. A comprehensive FTA has the potential to enhance the economic and commercial relations between India and the EU, but both are not yet ready to concede ground on different crucial issues. As the economic crisis persists in Europe and India is going for national election in a few months, it is unlikely that an FTA would be concluded in the foreseeable future.
In meanwhile, there are several areas which warrant attention for India and the EU. Indian IT companies have recently appeared quite keen to expand their business in Europe. The NASSCOM, for example, sees the latent demand in the European markets, which will provide huge opportunities for Indian companies in the future. Although North America has the lion’s share in IT business with India, Indian companies are also increasing their presence in Europe. Acquisitions by Indian Inc. show that they are seriously making efforts to tap into existing opportunities.
In an interconnected world, India’s and the EU’s quest for a genuine strategic partnership will depend on the dynamics of their political, strategic, social and economic interactions in the future. Apart from economic ties, political and security issues are equally important. Although economic relations have attained primacy in New Delhi’s relations with Brussels, both should forge a flexible and comprehensive approach to bring their partnership up to a higher level.