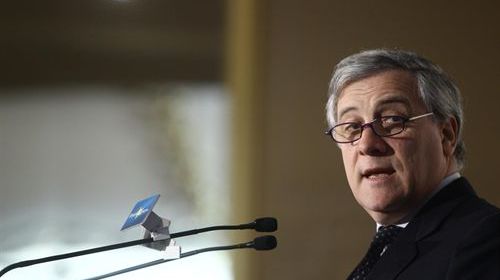 European Union countries wish to promote “European industrial renaissance” but without tackling the issue of high energy prices – this is the message that resonated throughout last week’s meeting of EU industry ministers, leaving the old continent’s business representatives really unimpressed. Following the recent meeting of the so-called Competitiveness Council in Brussels (20 February), which was attended by the EU’s 28 industry ministers, hopes were fading on all fronts that the European Commission can match “nice words” calling for “industrial renaissance” in its recent policy paper with real action.
“As you know, for Europe, energy prices are a big problem,” said Antonio Tajani, the Italian commissioner in charge of enterprise and industry behind the industrial renaissance initiative. However, as Kostis Hatzidakis, the Greek minister for development and competitiveness, aptly added, “First of all, we aim to address the high cost of energy and the lack of a unified energy market. I believe that this is probably the most important priority.” Hatzidakis then stressed the severity of the situation particularly with respect to problem of competitiveness facing today’s Europe: “We need to mitigate the negative impact of the high cost of energy which is twice higher than in the USA, or Russia. Especially, EU gas is three to four times more expensive [for European companies] than for the USA, the Russian and the Indian competitors.”
Yet, after hearing that Greek EU presidency “cannot work out miracles within six months”, business representatives expressed major disappointment at the seeming unwillingness of the EU’s executive to tackle the problem of high energy prices head-on. In particular, they accused the EU ministers of putting their heads into the sand instead of clearly naming and dealing with the major problem: current energy and climate change policies deteriorate the EU’s competitiveness, a situation which urgently needs correction. Instead of using a clear-cut language, the meeting’s conclusions featured a number of research papers, including one by the European Commission on the high cost of energy in Europe, but stopped short of saying what needs to be done to correct the situation.
Cheap shale gas has turned around the fortunes of the US economy. The cost of electricity in the US is roughly a third or half that of the EU and gas prices are just one third of those seen on the old continent. To that end, Peter Botschek of the European Chemical Industry Council (CEFIC) observed that “the USA currently attracts massively industrial investments and jobs: This is a true industrial renaissance in the US.” For the German chemical company BASF, the difference in energy price between Europe and the US is already driving investment decisions that may have consequences down the line for industrial jobs in Europe and Germany.