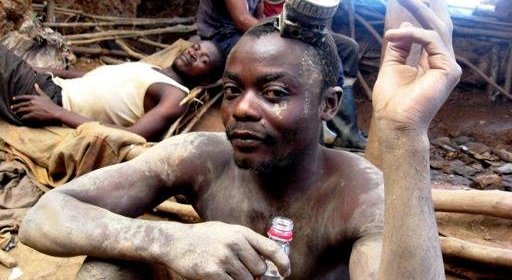 Amnesty International has criticized the European Union’s new self-certification plan for importers of gold, tantalum, tungsten, and tin for failing to consider a broad enough interpretation of human rights abuses as well as for being voluntary. Human rights activists say that the European quest to stop the trade in “conflict minerals” or “blood metals” – as activists coined them – will not protect the industry from misusing trade revenues and funding conflicts. “Blood metals” refers to the way in which revenues from trading these minerals are misused to finance violent conflicts that use forced labour and armed groups.
The Central Africa’s non-profit EurAc said that the voluntarism of the scheme hints that the Commission was more attracted by “economic interests” that by “the people of war-torn countries”. According to the study of the Heidelberg Institute for International Research in Germany, every fifth conflict in the world seems to combine natural resources and violence with the Democratic Republic of Congo (DRC) being one of the world’s “best” examples. In DRC, income from trade in precious minerals has helped fund bloodshed for decades.
Under the new agenda, European natural resources importers who will choose the scheme will be obliged to check where their minerals come from. Yet, a recent study showed that due diligence was not a usual thing to do for mineral importers as only about 12 percent of firms listed on EU stock exchange referred to blood minerals on their websites. However, according to the leadership of Amnesty International, the new scheme of the EU is substantially weaker than existing standards set by the Organization for Economic Cooperation and Development (OECD). The European Union hit back at the critique saying that the scheme should be given a chance, whereby after three years in practice, the performance and criteria of the scheme will be reviewed.