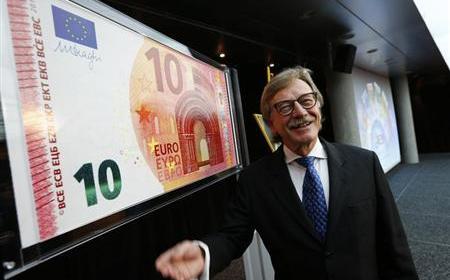 The European Central Bank (ECB) and the Bank of England (BoE) supported more lenient rules concerning certain types of securities in order to kick off credit flows again within the eurozone economy. The ECB and BoE complained in a joint declaration at the spring meeting of the International Monetary Fund (IMF) about the way market for securitized loans is functioning. In their opinion, the market is impaired and shrinking partially also due to the belief that securitized loans caused the financial crisis in the eurozone. Both central banks said that this phenomenon was a concern because if the market was not structured and regulated in an appropriate way, it could fail to complement other long-term wholesale funding sources for the economy, which encompasses also important funding for small and medium-sized enterprises (SMEs).
Eurozone credit has dried up for a long time, contributing to a vulnerable economic recovery in the common currency region. Along with inflation of about 0.5 percent – far below the ECB’s official target of 2 percent – Frankfurt-based central bank is now, in addition to manipulating its main interest rate, considering using “unconventional measures” to prevent possible deflation. These instruments could include also restoring to quantitative easing or asset buying, which the ECB is not very keen on doing. Yet, the ECB and BoE said that asset-backed securities (ABS) – mortgages, small business loans, and other loans that are labelled as securities and as such they are sold to investors – could improve the efficiency of resource allocation in the economy, thus allowing for better risk management and risk sharing.
The ABS have the potential to transform swiftly “relatively illiquid assets into more liquid securities” which may decrease the cost of capital, boost economic growth, and distribute risk more broadly. The joint declaration also said that it had been crucial that the authorities sought to ensure that new rules at global and EU levels would not work to the detriment of the securitization market.